When it's Good it's Very Good! Writing Science Fiction

I recall being a young girl watching Star Trek the same time as the U.S. was embarking on a mission to Mars.

As I watched Captain Kirk and the crew of the starship Enterprise engage with Klingons in The Trouble with Tribbles, I remember thinking how disappointed everyone would be if there were no aliens in space when we finally made our way out there.

I marveled at how relateable if not believable Gene Roddenberry’s concept had been.

How would we humans deal with the fact that there would be no philosophical Vulcans to learn from, or Klingons for us to over come differences with, or battles to be fought with Romulans. The most tragic absence of all…no Tribbles!!!

(I definitely had priorities of a young girl. Completely besotted by cuddly pets that purrr and reproduce at an exponential rate).

Like millions of other viewers, I had been completely sucked in to the tales of the starship Enterprise to the point of actual space exploration feeling flat and empty without them in it.

So what makes for writing great science fiction you ask?

Let’s find out in this article by Brandon Cornett. 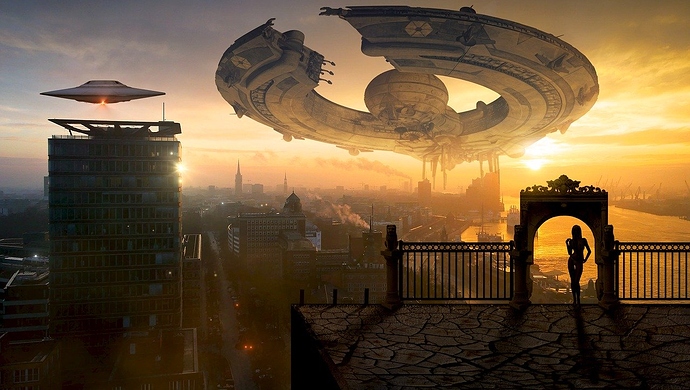 How to Write a Good Science Fiction Novel: A 10-Point Plan

How do you write a good science fiction novel? Talk about a big question. You could fill up a college […]

Do you write sci-fi?

What would be an interesting sci-fi story topic to read about?

Sci-fi got me at a very early age and I educated myself on the classics; Arthur C. Clark, Asimov, Bradbury, Wyndham. Don’t forget Rober Louis Stevensons’ Dr Jekyl and Dafoe’s Gulliver are technically Sci-Fi. Who invented the genre? Mary Shelley. Frankenstin ticks every item in Ornett’s artile.

The trouble I have with full-length sci-fi novels is many of them struggle to sustain the high-concept to the end without it collapsing into absurdity/melodrama or the easy ‘future-shock’, ‘Tales of the Totally Expected’ ending.

So here’s a couple of suggestions:

Vonnegut’s Slaughterhouse Five is barely sci-fi according to the accepted formula, while Do Androids Dream of Electric Sheep is a long way from the Sci-Fi-Noir of Blade Runner (brilliant hijacking of Vonnegut’s work though that is).

Final suggestion: if you don’t like sci-fi, there are plenty of shorts around for your next gateway drug. A favourite anthology on my shelf is Deep Space, 1973 but I discovered it in the 80’s. The lineup includes Robert Silverberg, A.E. van Vogt, Damon Knight, Chad Oliver, Jack Vance, Harlan Ellison, Gordon R. Dickson, Terry Carr.

Not forgetting Ellison wrote the all-time favorite Trek episode ‘City on the Edge of Forever.’

I do NOT plot or plan my novels. I’m a pantser. I recently finished the first draft of my current science fiction novel that I started because I came up with a name for a character that I liked so much I just had to write about him.

Good science fiction should take you away from the current reality into a new one.

I have been encouraged to continue writing since I had a short story published in Writers of the Future a few yeas ago, and a few weeks ago an agent I queried asked to see my just completed novel

You’ve got me warmed up and wishing I still had my degree assignments, as this was one of them and I can’t recall what the teenage-me thought back then…

Sci-fi, or speculative fiction, isn’t really about the future; it’s about now. As a genre it allows writers to sneak subjects under the radar of readers (and governments) to talk about difficult issues they’d rather avoid (or ban). It’s a way of framing issues in a way a reader who isn’t interested in culture or politics or economics .

Bradbury’s Fahrenheit 451 is about fascism; 1984 is abut totalitarianism. Do Androids Dream is about consumerism and societal values. Dune is about politics and the distrust of authority.

A Picture of Dorian Gray may be more fantasy than science, but it concerns the corrupting, de-humanising effect of immortality.

The key to all of these is not ‘the big idea,’ but how relatable are the stories.

Warp drive in Star Trek is a McGuffin to get us from one strange new world to another. Roddenberry’s original series was as much concerned with the Cold War and international relations as anything. Remember the silicon monster/man under a carpet episode? That was about the colonisation of the New World and the familiar to communicate across cultures.