The Best Quote in Fiction!

Ok, I know I said i was out sick and indeed I am, but everyone here is on my mind… So let’s play favorites.

What is your personal favorite character in fiction and why?

What is your favorite quote? (Or you most often recited)

How does it resonate with you?

If you cannot narrow it down to one, please share a few, two or three or five even. We’re flexible.

(I’ll play too, see my answers in the comments.)

Wow, favorite fictional characters. That’s quite the question, and I’ve had this tab up on my browser’s “to-reply-to” chain since the thread posted almost two months ago. I have an immediate, all-time favorite, and a few others who I love, but just don’t reach to the same height as this first one.

My personal favorite character in all of fiction is this guy right here: 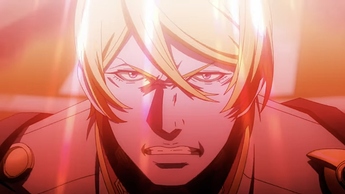 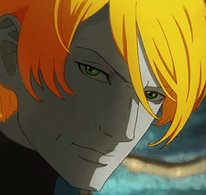 I first met Desslok of Gamilon when I was 9, twenty-six years after the show’s first appearance over in Japan, and twenty years after it aired on American TV. There was no logical reason I should have even found it, much less fallen in love with it. I wasn’t even the one to pull that first VHS off the library shelf. It was my mother who found it. To this day, I have no idea why she decided I might like it. My only explanation for how this story came into my life is that God put it there, and He’s used it to shape my world ever since.

Desslok was the first fictional character I had strong feelings about. Albeit, my sentiments weren’t exactly positive. I hated him, and I was glad when he died at the end of season one of the show. When he turned up alive in season two, 10-year-old me was seriously mad. “Why didn’t he just stay dead?” were my exact words. He’d murdered millions, killed seemingly without reason, was vain, proud, and caused every problem imaginable for the story’s heroes. He tried to destroy Earth, for goodness’ sake!

But that wasn’t why I hated him. It wasn’t until I was 12 that I realized the true reason for my consternation. He reminded me of myself. When I looked in the mirror, I saw him in all his pride and arrogance, and that glimpse into my own heart changed me.

When the end of season two came, something happened. This man who I’d thought could never change, never be more than a villain, confessed something that, in my hatred of him, I’d missed. Every despicable action he’d taken–every life he snuffed out–was for a reason I’d never suspected.

He abandoned himself in order to save his people, and one other person in particular. Starsha of Iscandar: 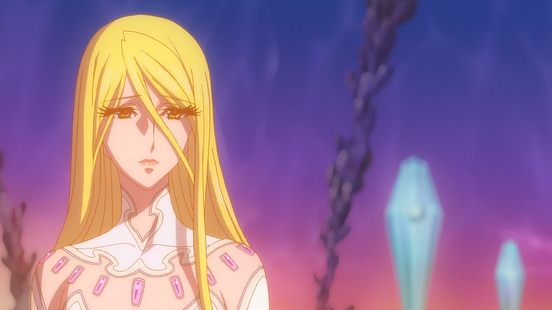 In that moment of confession at the end of the show’s second season, he considered everything he’d done, and said, if he had to go back and do it all over again, he wouldn’t have taken the same course. That moment stuck with me, and I started to see him in a very different light.

When I discovered the show had a third season, I immediately put all six volumes of it on hold at the library. The day my parents took me to pick them up, I read the back cover summary and discovered that Desslok of Gamilon had turned from villain to ally. We had a long hall in our house, and, in lieu of screaming with happiness and having to explain myself, I waited until my parents were either at work or out of the house and ran up and down that hall four or five times for sheer joy.

Season three brought more surprises. I learned of the next steps of Desslok’s journey. And they broke my heart.

Upon his return home (he’d been away from his homeworld for several years), he discovered his dying planet swarmed by scavengers, determined to mine the last resources from its fading husk before it crumbled. He launched a futile attempt to halt the incursion, but he failed, and he watched his planet die. What was worse, Starsha lived on the world adjacent to his, and when his planet died, the scavengers targeted Starsha’s homeworld next, heedless of who might be hurt in the process.

Desslok countered the invaders, literally putting himself between Starsha and certain death:

But Starsha wouldn’t let him give up his life. Instead, she sacrificed herself so he could live.

I first saw this moment 19 years ago, and I’ll never forget it.

This sacrifice became Desslok’s defining moment. It framed his existence from that point onward. Every action stemmed from it. He was still proud, and vain, and sometimes self-absorbed, but, because of Starsha, as the years passed, he came to see past himself more and more. In the end, he became Earth’s most loved and valued ally, and he saved the very planet he’d once vowed to destroy.

I can’t pinpoint any one quote of his that I love most, but, then again, it wasn’t what he said that changed me. It was what he did.

Some people have fictional crushes. I have an old, dear friend.

I can’t pinpoint any one quote of his that I love most, but, then again, it wasn’t what he said that changed me. It was what he did.

Some people have fictional crushes. I have an old, dear friend

I am dreamily sighing over here!

There is nothing else like the bond one shares with fictional characters. (Mr.Darcy, cough, and about a dozen other leading men, cough, cough)

So, who’s your favorite(s)?