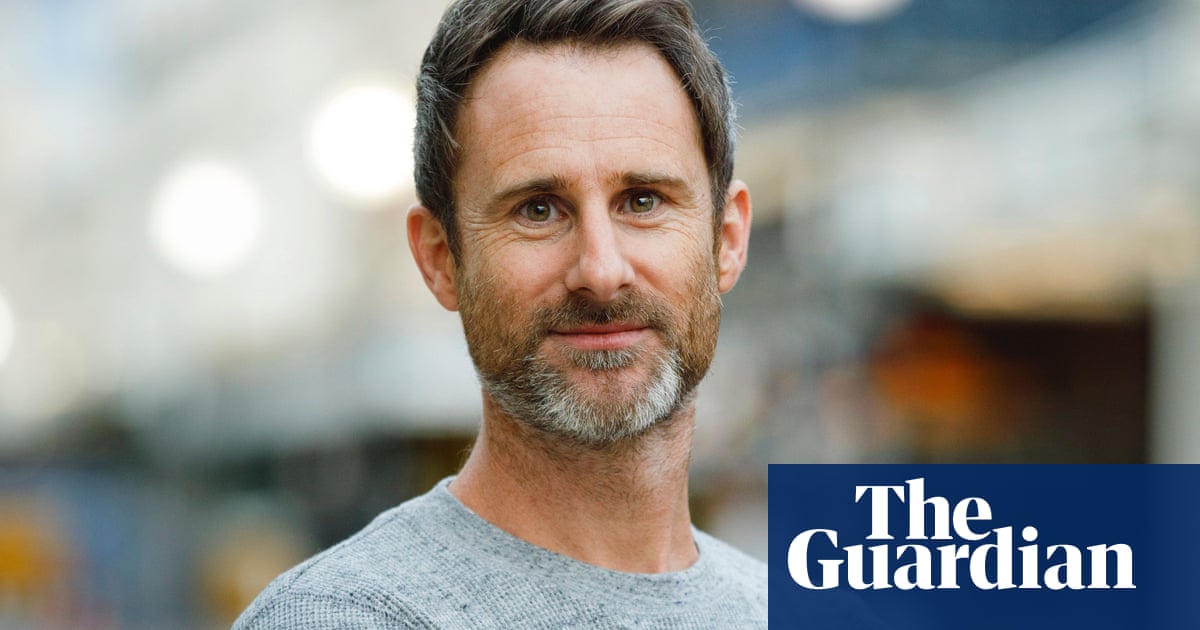 Craig Silvey on writing from a trans perspective: 'A novelist is required to...

Jasper Jones author’s new novel wades into a discussion about ‘own voices’ that asks: even if it’s written well, should it have been written at all?

This article is written about a non transgender author writing a positive, well researched and received book amongst many in the transgender community, but he is still criticised for writing about an experience he hasn’t lived. Emotionally I understand the arguments that there certainly should be more diversity in publishing, but I wanted to ask does this mean that I can now only write characters that are middle aged, middle class white women? If cancel culture prevails would I be mad to try and write about another sort of character?

I’m torn about this topic — and I want to give it longer, more careful treatment than I can manage today.

On the one hand, I completely understand that some groups have felt talked-to for decades / centuries, and are now trying their best to mobilise, advocate…

No one cares when a brown-haired writer creates a red-haired protagonist, because we don’t really distinguish ourselves, politically, on that level. It’s only the way that an artistic act replicates a political act — and a bad one — that concerns us. And I think that concern is valid! Society is hierarchical and — I believe — art should work to smash, soften, or re-invent those hierarchies — not reinforce them.

Similarly, I know a little of the experience of being “assumed” by the dominant culture around you — like when Americans are surprised about things I deal with by being an immigrant (admittedly a privileged one) here. It stings! It can be painful to see someone not part of your group get credit for speaking when you and the people you know aren’t being listened to.

Lastly — there is sometimes a nasty undertone to these sorts of books where the “out-group” writer justifies their decision to write about x because “Those tales needed to be told.” Usually, someone from inside the group is telling the story already — they just aren’t getting the publicity.

That said, I agree with the principle that you can write about anything. That seems right to me.

Here’s one way I try to resolve those two concerns: I would also argue that a lot of the time — not all the time — people aren’t really being “cancelled.”

When I read that article, for instance, I kept waiting to read about a boycott or death threats. But it’s just one person being interviewed who mildly suggests we should go on and read some trans writers after we read Silvey. If that’s the worst that Silvey has to deal with, he can’t really complain — and I imagine would not even disagree.

Lastly: there are people in minoritised artistic / publishing groups who are trying to re-orient the debate to one about harm, and economics, and less about who wrote a particular book. But I will stop talking here.

How’s that as a response…?

I am also of two minds on this topic. We, as writers, should strive to write a broad and diverse variety of characters, as long as we do thorough research and have sensitivity readers go over our stories before they are published. However, I have several friends and acquaintances in the writing community who are trans, gender fluid, and nonbinary, and they are very vocal about the fact own voices books have a harder time gaining an audience, and trans authors have to fight twice as hard to get their work seen and sold.

I agree it is a thorny subject. Sorry, I didn’t mean to imply that Silvey had been cancelled… in fact the minor criticism seemed to be more about publishing than him… As Kelly mentioned, people from within the unpublished groups feel frustrated that they aren’t getting a fair shake of the sauce bottle.( to use an Australianism). I think that is fair criticism and I agree with both Daniel and Kelly that many communities are over having their experiences filtered through someone else’s eyes. However, I always thought the point of writers was to imagine other experiences. Rightly, these days, writers also need to be sensitive, and mindful of how their portrayal impacts a community but limiting writers to their own lived experience, seems a severe sort of censorship. In the end I suspect it also comes down to publishing houses being very cautious about taking chances on less well known writers, from within marginalised groups, or any group really, ( in this I understand that some groups are more represented than others) because the publishing houses are sticking to who they think will sell. So it becomes a chicken and an egg.

I agree that it’s a difficult subject and is similar to discussions about actors playing other genders and races (although, that includes strong economic questions as well.)

I think that one part of the problem can be how writers portray characters that aren’t like themselves. The assassin is a crazed albino, the main female character is given a makeover by her wacky make best friend, the Italian character is always the mobster. As writers we need to be aware enough to not participate in these stereotypes.

Sorry about the typos - my right (dominant) hand is out of use for the next 8-12 weeks!

I fully understand that this is a much more complicated issue however I see a couple of positives from the release of this book.

First, the author went out and talked to and listened to members of the community being represented and gave a voice to those who wouldn’t have gone out and written a book themselves. Most of those voices are only heard in the small groups where they talk to one another; those who are even daring to speak at all.

Second, for those in that community who ARE trying to write and publish books and get them noticed, Silvey has provided an opportunity for more interest in those other books. Ernest Price claims in the article that this is ‘contested space’ and Silvey’s book is taking up a slot in it that should go to an ‘own voices’ author. I don’t think that is true at all. We’ve been taught as budding authors, in a world where traditional publishing is no longer the gatekeeper and roadblock to what gets out there, that other writers are not our competition even in our own niche genres. Interest in one story generates more interest in similar stories, not less.

Besides, Silvey’s book isn’t a non-fiction book proclaiming to be the end-all-be-all treatise on the subject. It is a fictional story spun out of a personally experienced event and the author did a lot of research and communicated with a lot of people to try to give that unknown teenager a voice since Silvey and his family could not track him down to offer any other kinds of support. I don’t see this as an author trying to speak for a group as an outsider but, a person who needed to do something more after a personal experience and this was something he could come up with given his skillset. He is probably offering support in other ways, too. And at the very least, by writing and publishing the story, he has started a discussion that only helps.

Thanks for this reply @Argent. I think it articulates some of the things that have been brewing in my mind but that for some reason I couldn’t make into coherent thoughts. Your comment gives me another avenue to think down.

Can I be of three minds on this subject? I agree that a writer should be able to write about whatever speaks to them as long as it is done with care and respect. That said, I’ve seen a lot of well-meaning writers get things horribly wrong and felt deeply insulted by their work.

What is not usually mentioned in these discussions is the flip side of the argument. That people from marginalized groups feel pressured to write from their “Own Voices” perspective. As a black female, I’ve agonized about my responsibility to my community to make my characters of color or not. I chose not to for my current work in progress because to accurately reflect what being black is like in our society would be to warp the story I’m trying to tell. I’d like to tell you I’ve made my peace with that decision but the truth is that I will probably war with myself over it until when/if it is published.

What it boils down to is I don’t think there is a clear cut right answer here. All we can do is put out our best effort and be willing to accept not everybody will be happy with the result.

Thanks @SHoutman, you are right… yet another thing to think about.

Because I am almost always abhorrent to any kind of censorship, $1.00 - change my mind, I believe writers should be writing and not concerned for their well-being in doing so. Allow those who will to take what they want and leave the rest. Please don’t confuse with the right to write with hate speech, libel, etc. Those are all legal distinctions and not part of this issue. Writers should feel comfortable writing whatever and however they wish. There are good writers and bad writers. Writers who inspire on both side of the moral imperative. But, we as a society, or even peers, should only suggest more character depth, or less lurid prose . . . or, maybe even not that much. One thing I have noticed in many stories depicting transgendered people is this propensity for my friends to all be hell-bent on suicide. I know at least a dozen along that spectrum and none (to my intimate knowledge) have ever entertained self-harm. They have problems, I’m sure. Some worse, some less but I think if we’re passing around the sleeping pills, shotguns, and the odd janky basement noose, writers and other creatives seem more inclined to offing themselves over life’s troubles than those just wanting to be themselves. Writing is at best a vainglorious endeavor, at worst a handsome excuse for misery, can we not just take it for what it worth: good, really good, terrible, or just meh . . . writing? I hope I’ve offended no one.

Although I do think writers have an obligation to approach their characters honestly and to do their homework if they are going to attempt characters whose culture, religion, gender, sexuality or ethnicity is different from their own. Anything less runs the risk of reinforcing misguided stereotypes and causing more harm than good.

Wait, writers are supposed to be a dreary bunch? No wonder I can’t polish a book! (Sorry for the derail).

After reading that, I had to look in my closet. Yup. Browns and greys . . . wait, there’s something green. Sorry, just looks green around all the brown. It’s actually grey with something mossy, a winter lichen, against the background of a maudlin dawn.

Here is a related essay on this topic that explores a lot of nuance of the issue, I thought. It is fairly long so have some time if you jump in to read it.

Never Say You Can’t Survive: When Is It Okay To Write About Someone Else’s...

Charlie Jane Anders is writing a nonfiction book—and Tor.com is publishing it as she does so. Never Say You Can’t Survive is a how-to book about the storytelling craft, but it’s also full of memoir…

[Editor’s note: Nisi Shawl, of Writing the Other and The History of Black Science Fiction column, will be continuing the conversation with a response to this essay, which should appear later this month.]

Start of my workweek, but thanks, I’ll push this to the phone. Isn’t Charlie Jane one of the mentors for NANO this year?